By now you’ve heard of the bombings at the finish line of yesterday’s Boston Marathon. Yesterday, it was one of the most tweeted trends, and today it will be the top news item.

When I heard about it, I alerted my running partners via text:

END_OF_DOCUMENT_TOKEN_TO_BE_REPLACED

Due to the success of Twitter’s follow function, WordPress blogs (like Average Us) now sport an elegant follow link in the lower-right corner of the browser window. If you enjoy the content you’ve seen on Average Us, the follow link will guarantee that you won’t miss a post from us. (Catching those Facebook announcements is so hit or miss.)

Thanks for reading. We sincerely hope it’s helpful.

What would reading the Bible be like if the human authors were inspired to write, twitter-like, only a 140 characters at a time? It would be a quicker read, for sure. But it would be a lot less interesting and inspiring, too. (You think your Bible’s dusty now?)

A bunch of sugar-rushed junior Bible Campers are gathered around a roaring campfire, marshmallows toasting, smoking, flaming. On one side of the fire, Counselor Dusty Trails (you know, the cool one who always has to shake the hair out of his eyes) strums away on his new Gibson. The soporific tones (yeah – it’s a word) gradually induce the intended effect and the boys begin to settle down as the rising moon peeks through the pine boughs.

With a yawn, little Roger – the one with glasses – asks for a story. The other campers take up the plea, clamoring like a nest of baby robins.

“Wanna hear about this dude that got thrown into a lion pit?” Dusty asks with danger in his voice.

As you can see, the Twitter Bible version of Daniel and the Lions’ Den leaves a lot – too much – to the imagination. (Read Daniel 6) But please bear with me while I try again. I’ve wanted to twitterize one of my favorite passages in Scripture: Daniel’s moving prayer of confession on behalf of Israel during their exile in Babylon. I especially love this part, “We do not make requests of you because we are righteous, but because of your great mercy.” (Daniel 9:18) From this verse I draw this life lesson: God never answers my prayers because I “deserve it”, but because He is merciful. God never “owes” me.

Faithful God, We’re unfaithful. Prophets warned; we didn’t listen. You punished; we’re shamed. Hear our plea for mercy for You are merciful.

Well, that doesn’t work very well, either. So, you may want to read the original at BibleGateway.com. 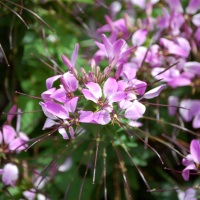