I wish I could give the author of this digital photo-manipulation art credit for his/her work. The author was not named on the site where I found it. [July 15, 2012 – I found the author and original post.]

Does this evoke any biblical imagery in your imagination? I can’t think of any fiery lions in the Bible, but these images do come to mind:

What biblical images does this call to your imagination?

6 thoughts on “The Fiery Lion” 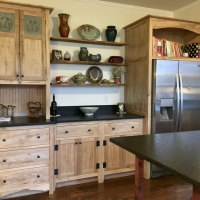