A few weeks ago, while still under the influence of anesthesia after minor surgery, I dimly recall a nurse looking at my chart and wondering out loud, “Hmmm… Lon… Is that short for something?” To which I enthusiastically, if loopily, replied, “It’s short for AWESOME!”

I’m pretty sure I embarrassed Dawn. It is embarrassing to recall. But it’s funny, too. And laughing at myself is good for me.

END_OF_DOCUMENT_TOKEN_TO_BE_REPLACED

Well, it’s been 3 weeks today since my average marathon adventure. I spent the first two weeks resting, then a week ago I went for an 11-miler with a buddy who is preparing for an upcoming half-marathon. That run convinced me I needed to keep resting until my psoas fully heals. (Your psoas runs through your core on both sides connecting your spine to your hip bones.)

The weeks of rest have given me a bit of perspective on my marathon experience. For starters, the ambulance ride + emergency room will only cost me about a $1,000 out of pocket. Well, it’s less than I feared. And – some good news – my sister-in-law found my wedding ring. Hooray!

And even better, I miss running. I can’t wait to get out there and move my legs again once I can do it pain free. I’ve even started imagining a couple of goals for 2011 to keep it interesting. (By the way, I’m only 21 miles away from completing my 2010 goal of one thousand miles. With only 21 miles to go, I figure I can rest through the last week of December :-).

But the best perspective I’ve gained from this experience has come via friends who are runners. That perspective is: I am not alone.

(David and I are colleagues at AutoTrader.com.)

David and I shared many a good, and not-so-good, run as we trained through the summer and fall. He is running the Disney Marathon in January. I was feeling at about my lowest of post-marathon lows, when David really encouraged me just by offering to run a marathon with me next year if I wanted to do it again. If there’s anything I’ve learned in life, it’s that everything is harder when you do it alone. Thanks David. I might have to take you up on that.

Two other friends, both with a lot more athletic endurance experience than me, emailed me their first marathon experiences which were surprisingly similar to mine. Their stories were so encouraging, so thoughtfully written with the wisdom of experience, that I really wanted to share them with you. With their permission here they are…

(Joey and I met at a mens’ discipleship group through Perimeter Church.)

“Lon, your story was incredible. I loved it, I cried, and I am sorry I even laughed a little. I’ve never seen you use so many expl____es.

I ran my first marathon in 2000 at Disney World. After that race, I was done. I could not make myself run. I even had a hard time getting up early to get to work. This went on for a few years. I put on 50 lbs. Somewhere along the way, I decided it was time to run again. I lost all of that weight. I’ve run a couple of marathons since, and I have one coming up this weekend. I love them now. I love coaching and encouraging people to run them (once they’ve decided to do so). I accept them for what they are and that on any given race day, anything can happen. I like going to the edge. I like to be reminded that I am not in control, and that I do rely on His strength. This coming Saturday, I will say more Our Father’s than Tony Soprano would after confession.

So, whether you decide to run another one or not, I am proud of you.

P.S. Even though it hurt to see it, isn’t great to have someone there to be scared for you. You are a lucky man.”

(Dale and I marched together in a Drum & Bugle Corps 30 years ago. We have reconnected via Facebook.)

“Thanks Lon for sending the story. I took today off as a precaution just in case I turned out to be in poor shape today. Oddly, I feel better than I thought I would. Everybody’s first marathon and really every marathon is a unique and personal experience. My first one was a transformational thing for me and I learned something about myself that I don’t think I really knew. I remember it was fun for the first half. I was swept up in the event and I felt energized, smooth and strong. Of course as the miles rolled by any good feelings disappeared. By 20 miles in it’s fair to say I was beginning to truly suffer and grim reality had replaced the earlier excitement and enthusiasm. A few more miles and I wanted to quit. Emotionally I was beginning to break. It had gotten so much worse than I thought it could, especially because I thought I was trained and ready. Before I totally fell apart though I found a little help. From somewhere inside a tougher much less sympathetic version of me stepped up and told me to knock off the pity party, stop the whining and get my ass to the finish line. That’s how I finished. It felt like a grim death march and I swore I’d never do it again as I crossed the line. I could barely walk 20 minutes later.

Fortunately, the body forgets the pain and I still felt like I had achieved something… something the most people, even most runners never will. Not right away, but later, I felt like the whole experience had strengthened me and maybe taught me something about myself that I otherwise could not have learned. In our day to day lives we rarely get very close to “the edge”. Almost never do we really approach the limit of our physical and emotional breaking points. The marathon is just long enough to explore that dark region.

Even though you had a rough, perhaps discouraging, marathon I think you’ll be glad you did it. Also consider that each one becomes it’s own journey. Yesterday was a tough course with a lot of hills. I ran most of the race with the same people around me. I spent some time chatting as we ran and some quiet time too. I really enjoy the company and community that runners seem to find with each other. The race went far better than I thought it would and if I hadn’t started to get some leg cramps in the last 4 miles my time would have easily been sub 3:50. I still got a PR out of it though. Most importantly, I truly enjoyed the race from beginning to the end.

Physically I was hurting but not broken at the end. Emotionally I was still high and felt like I had one of the best running experiences of my life. I’m sure when you get back into running again that you’ll still enjoy it and you may not think so now but someday doing another marathon is going to cross your mind. When it does you should give it another shot…. each one is different.”

Your words really mean a lot. I’m not alone. I’m not the only one who has suffered and survived, only to be discouraged.

I should’ve known it. Average people like me will always have lots of good company in the middle of the bell curve.

I recently noticed an apparent contraction in Scripture, and between Scripture and life. Here are my thoughts about it…

God Is Our Helper

The LORD is a refuge for the oppressed, a stronghold in times of trouble. – Psalm 9:9

This verse is one example among hundreds teaching us that God cares about our troubles and helps us in our time of need. This is an essential part of the Christian understanding of who God is. The Bible teaches that God is compassionate and that He rules over all things with justice. We take comfort in knowing that He cares about our suffering, promises to help us, and will punish those who have a hand in causing it.

So, in Psalm 9 the psalmist says God is a stronghold in times of trouble. A stronghold is a fortress, something we can take refuge in for protection. But in Psalm 10 the psalmist complains that God is hiding himself in times of trouble. Well, will God help me or not? Is He gonna be there for me, or not? Does he give a rip, or not? Can I depend on Him, or not? – A simple “yes” or “no” would be nice, thank you.

Life isn’t simple and a simple answer just won’t do. Yes, God is compassionate toward us. Yes, God is just, and will eventually carry out final justice – “eventually” as in, at the end of this age – a little longer than I’d prefer to wait. But experience proves that God doesn’t always help us when, how and to the extent we feel we need. Okay, let’s get real – God rarely helps us that way.

So, what’s going on?

I think the psalmist is living through the same averageness of life that we do. On one occasion he is full of faith, praising God for His protection. On another (maybe trouble seems more pressing now) he is waiting for help to come and wonders aloud, “God, where ARE you?” You know by experience that sometimes life works out way better than you could have expected, even sometimes, way better than you deserve (look deep inside now). We have no problem giving God credit for these rare blessings. But most of the time life just kind of works out. Sometimes it’s okay, sometimes not, sometimes awful, sometimes frustrating, or scary, or worse. Most of the time, it’s hard to see God’s hand.

So, What’s the Point?

Troubles force me to choose whether trusting God for the “eventually” will be the basic motivation of my life.

Trusting God in times of trouble is a choice: Will I trust that God sees, knows, cares and will eventually act even when He leaves me waiting… and waiting… and waiting? Troubles must come. I am born to them. If they don’t come, how else will I learn:

Most importantly, without troubles how will I ever learn that only God is great? Life is average so that I’ll learn to pursue Him, trust Him, love Him. Love this life too much and I’ll eventually lose it and Him. But, love God more than my average life and I’ll get Him along with an eternal, not average life thrown in.

Until then, the psalmist and I must choose.

God help me to trust that You are great, even when life isn’t. 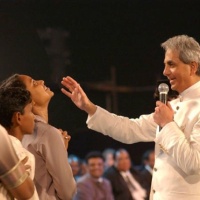 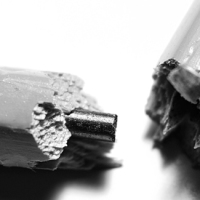 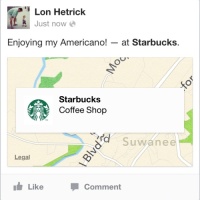 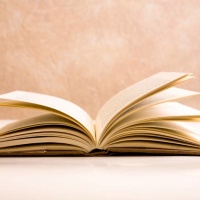