In 1979, when I was 16 and new to the Christian faith, I believed virtually everything I was told about the Bible by anyone who said they were a Christian and seemed to know something I didn’t. Coincidentally, (Providentially?) I just happened to enter the Christian faith through the doors of American Pentecostalism, which was enamored with all things “end-times” back in the 70’s. In church and on TV, I heard the predictions: Jesus is coming soon! The proof: The signs of the times are all around us! The moral message: Be ready!

Did I believe it? Sure, I did. I lacked the intellectual and spiritual maturity to discern the difference between Christ’s claims and some of His followers’ claims. So at age 17, I told my High School guidance counselor that I didn’t have any college plans because, well, Jesus was going to return any minute.

That didn’t sit too well with him.

You know what happened next. I went to college after all, and actually made it through all four years. And I even went to seminary where I studied a good deal of Church history and theology.

Along the way, I learned not to swallow everything I was taught too quickly. I learned to think critically – to examine, question and challenge a position until I felt confident that it was true or false, or close to home, or missed the point entirely. Previous to this, I had believed what I believed either because I didn’t know an alternative existed, or because someone else had vilified the alternative.

Guess what? I also found out that the way I had been taught to view Bible prophecy was a novelty of the 1800’s called Dispensationalism, and that it didn’t represent the historic views of either Catholicism or Protestantism. Unfortunately, many American Christians aren’t told that historic alternatives exist that offer a different perspective on Bible prophecy. I’m willing to bet Harold Camping, the latest in the line of rapture predictors, doesn’t know they exist, either.

And this leads me to the reason I hope you’ve read this far.

You know that I love the Christian faith and the Savior who founded it. So, I’m concerned that many of the unconvinced may well find reason to throw out the baby Jesus with the Harold Camping bath water.

So, please allow me to remind us all of what Christianity claims to be as summarized by The Apostles’ Creed. It has borne the test of history. It represents what and who we live for.

“…in God, the Father Almighty,
the Maker of heaven and earth,
and in Jesus Christ, His only Son, our Lord:

Who was conceived by the Holy Ghost,
born of the virgin Mary,
suffered under Pontius Pilate,
was crucified, dead, and buried;

He descended into hell.

The third day He arose again from the dead;

He ascended into heaven,
and sits on the right hand of God, the Father Almighty;
from there he shall come to judge the quick [righteous] and the dead [unrighteous].

I believe in the Holy Ghost;
the holy catholic [universal] church;
the communion of saints;
the forgiveness of sins;
the resurrection of the body;
and the life everlasting.”

Notice that The Apostles’ Creed makes specific claims about historical events around a man named Jesus. Therefore, you can investigate whether there is reason to believe these claims or not. Surely, He lived and was killed. But, was he God’s son? Was he born of a virgin? Did he resurrect himself after suffering a brutal death?

If yes, then you can stake your life, and your death and your eternity on this man, as I have. You can stake a claim that He will return as He promised. You can even pray with the Apostle John, “Amen. Come, Lord Jesus.” (Revelation 22:20)

You just can’t claim to know when. 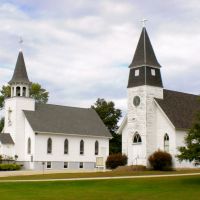 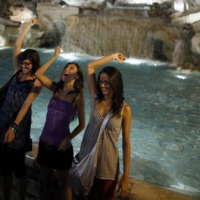